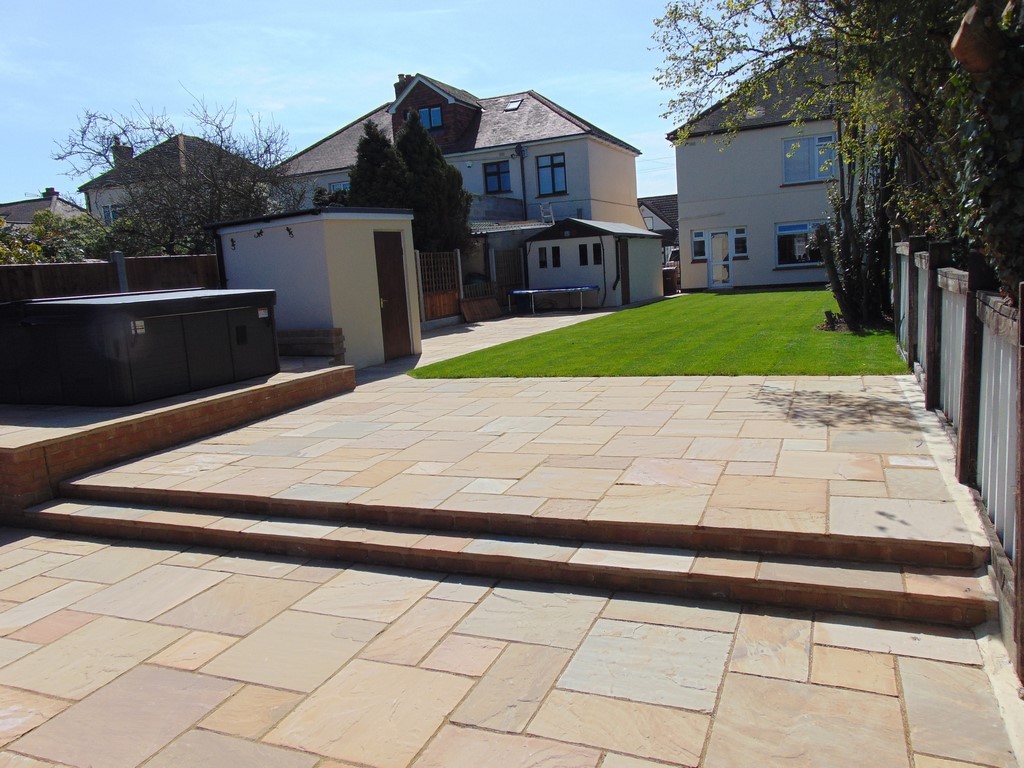 To completely make over a large back garden removing everything and replacing it with new turf, paving slabs, adding steps and building a raised area for a hot tub to be placed on. This took 10 days to complete.

On the day that the project was started we turned up at the time that was agreed by ourselves and our customer and we would continue to turn up at this time for the next 10 days. We had already made a project plan and discussed previously with the customer what they wanted us to do with their garden.

We brought all the necessary machinery and equipment with us that would be needed throughout this job. We used diggers and earth movers and these were moved away from the property when they were no longer needed.

Again we went through exactly what we were going to do and gave some more advice on all the options that was possible for the customer’s garden. Its always possible to tweak / change plans as the project unfolds and develops and this project was no different as the client had additional ideas / requests that we catered to once the project had started. 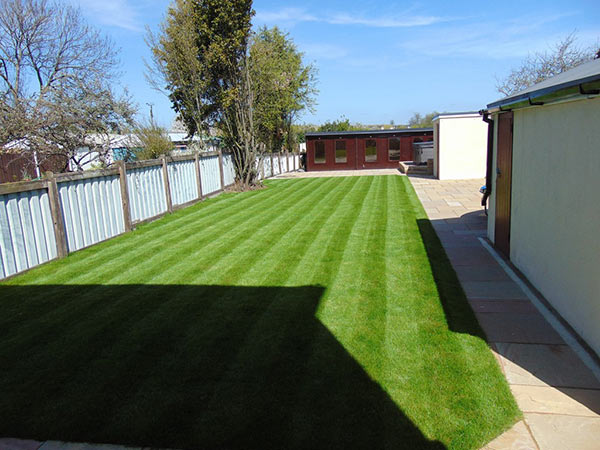 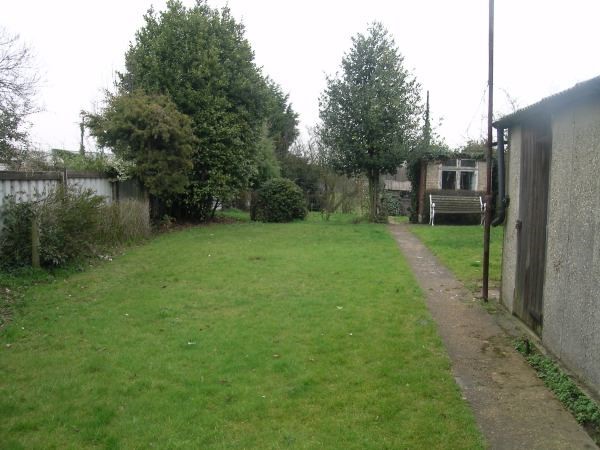 We were asked to remove all the shrubs that were over grown and not required anymore. There was one shrub in particular that was re-planted in a more desirable place on the request of the customer. Any rubbish was also removed by ourselves away from the property.

We showed a customer a brochure with all the kind of paving slabs they could go choose for their patio areas. We recommended Bradstone Riven Sandstone to the customer which they liked and agree to have. These were ordered and then delivered the next day by a local company that we use on a regular basis.

Next we used a digger to excavate the whole garden. This took 2 days to complete leaving us with a blank canvas to work with.

We had to reduce the level of the garden in certain places as the customer asked for a split patio. We did keep some of the soil so that we could use it for the turfed area.
As the levels reduced gradually, we had to remove some of the fence panels but these were to be re-instated once we had finished.

The base for the paving was made up with lean mix and then was laid evenly. The paving was then laid on top of this, cutting slabs to fit into the spaces where needed.

The brickwork was then prepared so that a brick wall could be built creating the raised area which was also then paved with paving slabs. The walling was created using a dog tooth pattern making it a good feature. Steps were incorporated into the design making it easier to step down from the raised area.

After the completion of the paving and the walls the lawn area was then levelled out where the turf was to be laid. The soil that we saved earlier was imported to this area. Again this was levelled off making the area completely flat. Top quality Rolawn turf was then laid over the new fine soil.

The patio area was then pointed using Marshall jointing compound (resin). The resin colour was buff sand which is one of currently 5 colours available and selected by the customer. The patio area was hosed down with water while after this was done. All fence panels that were removed were then re-installed with new ones.

We would work through all weather conditions including heavy rain. We would tidy up every night when we were finished and this would include the drainage on the driveway, we would leave the garden as we found it. Clean and tidy.